Sabrina 19 from Warrington: My niece used this cream a few years back when there was a trial advertised in our local paper,  her and seve4ral other volunteers had to use the cream for five months and then to report back the results.  Well, I was stunned!  Within five months her tattoo had faded dramatically, and you can’t even see it now unless you go right up to her arm and stare!  It’s amazing!  She has been telling everyone about this cream as she is so happy!  Luckily she didn’t have to pay as it was a trial about four years back. She recommends this highly!!*


Sally 47 from Kent: Seen this cream advertised in our local paper a while back and never really thought of trying it until I read a few good reviews from a few other newspapers.  I’ve had my tattoo for over 20 years so didn’t expect it to work really,  but thought I'd got nothing to lose and the cream isn’t that expensive compared to other creams I’ve seen on the market.  Had to use the cream for seven months as it was an old tattoo, however, after seven months I’m happy to say that I am now tattooed less.  :-)  Thanks, tattooremovalcream!*

Joanne 42 from Liverpool: GREAT CREAM!!!!!  That all I can say!!  Not a bad word to say about this company! Had to contact them on a few occasions and they have always been so friendly and helpful.  Great customer service and great product!  Does work Kerry 26 from Newcastle: Just want to say Thank You for your cream.  I’ve been using it now for three months, and it’s faded SO SO much, I just can’t believe such a simple cream can do this!!  Absolute genius!!!*


Andy 24 from London: Bought this cream after stupidly having my girlfriends name tattooed, a few months later as you can imagine we split up, looked into laser treatment but it was so expensive and was a bit wary as I know it can sometimes leave scars behind. Anyway as I researched into it all, I came across this cream... was abit wary at first as didn’t think cream could drastically fade a tattoo.  But I thought I might as well give it ago, and wow after using the cream for eight weeks you can tell the difference!  I would highly recommend this cream to anyone who is thinking of getting laser treatment- DONT - just buy this cream, it does work!!*

Tony 51 from Oldham: WOW! Had several large tattoos so I purchased two six month supplies, and two of them have gone!!! And the others you can just see the outline of them!  GREAT PRODUCT!!  Can’t believe not many people have heard of this cream before!*

Mat 31 from Wales: Not bad Not bad!  My son used this cream eight months ago, and his tattoo is barely visible.  Good job done and the cream is safe to use as well, it’s not left any scars behind or marks.*


Sara 21 from Runcorn: I have sensitive skin and have allergic reactions to many creams so was a bit dubious about using this cream, but I carried out a skin test as advised, and after realising this was all right, I continued to use the cream, and my skin not once had a reaction to the cream and I am still using it now, it is taking a long process however, I’ve been using the cream for 9 months now, however my tattoo does cover half of my back.*

Paddy 29 from Kerry: Had a homemade tattoo done in school when I was 14, so it's an old tattoo. I Started having laser treatment. However it got costly, plus was quite painful and left a few little marks behind like small burns, so thought I’d try out this cream to try and fade the rest of the tattoo.  It worked an absolute treat!  Only had to use the cream for 9 months and now you can’t even see the tattoo,  just a bit gutted I didn’t come across this cream earlier as I wasted so much money on laser,  PLUS the cream wasn’t painful and certainly didn’t leave any scars or marks behind like the laser treatment.  I would advise anyone who is considering laser not to, just opt for the cream.* 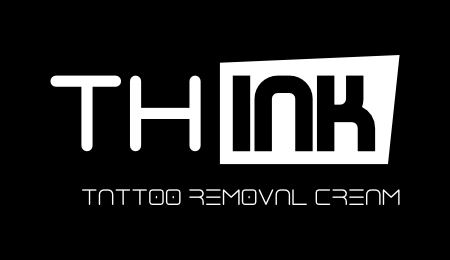 *Results May Vary As no 2 Tattoos Are The Same